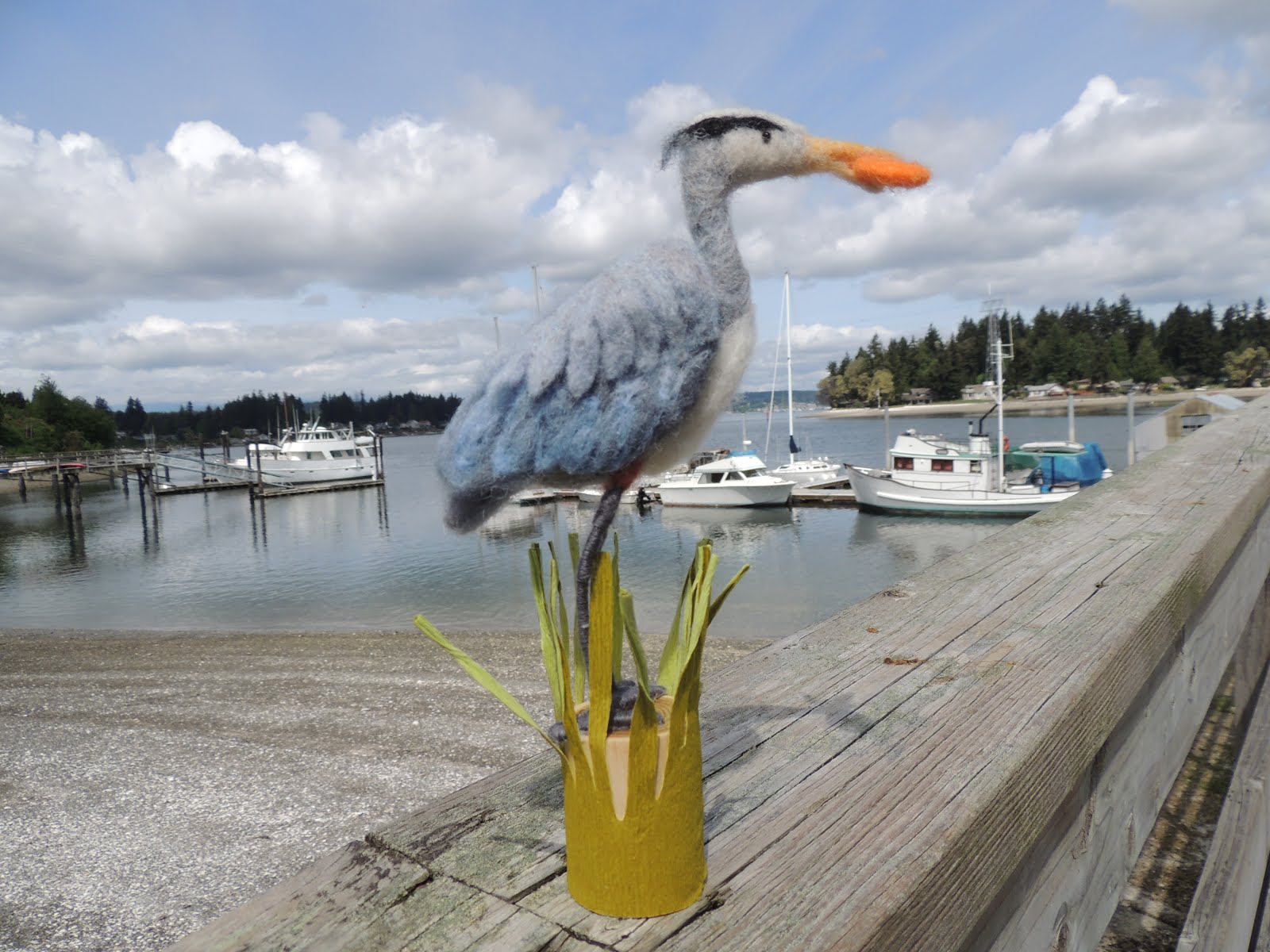 For the last 5 years Poulsbo has had a street dance and summer fair in mid-August. This is the first year we have gone. I think the pictures sort of capture what a small town August street fair is like. The day before was sunny , warm, and beautiful. Sat. was pretty cloudy and not as warm. Oh well, I have to remember that my goal in retirement was to live in a place where I could wear a sweat shirt of the 4th of July! Fortunately, I have found such a place and love it! 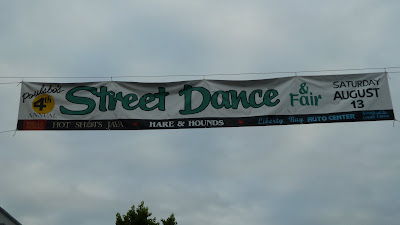 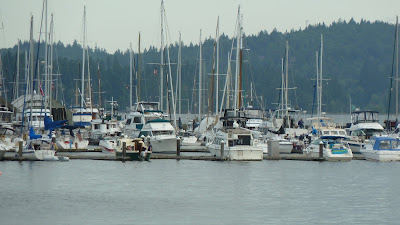 Our small harbor was full of boats. Lots of people from Seattle come over for the week-end. 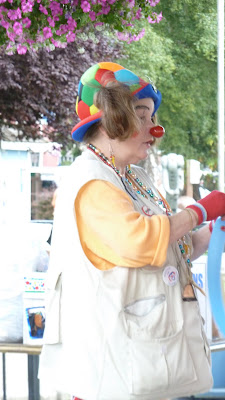 The clown was there to entertain the children. 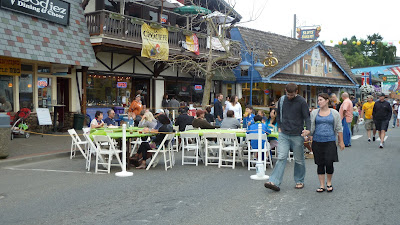 Several restaurants put tables on to the street. Usually cars would be seen here but they closed the street to traffic at 3 o'clock. 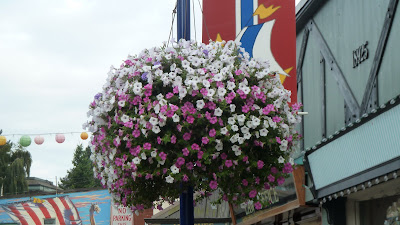 Here in the Pacific NW where summers are fairly cool, our flowers stay beautiful! 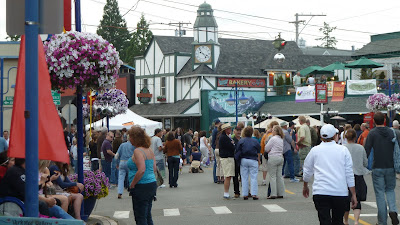 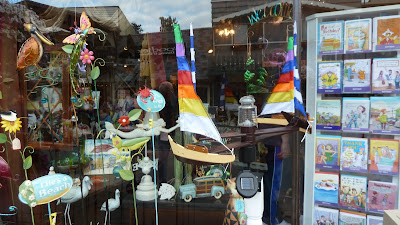 Many of the shops stayed open for the fair. 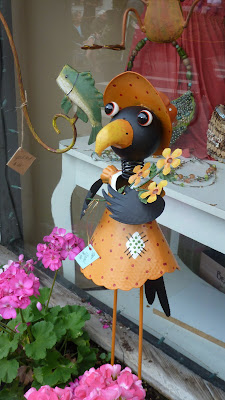 Miss Crow is surprised at all the people!! 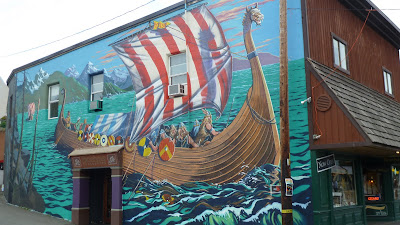 Since Poulsbo was settled largely by Norwegians, the town has a very Norwegian feel. This mural is a new addition to Front Street(our main street). 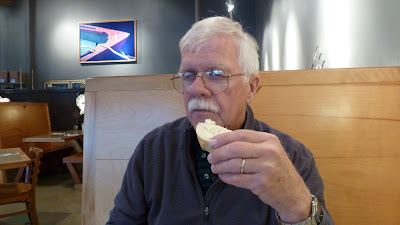 The SBA has had enough of the fair and needs some nourishment. 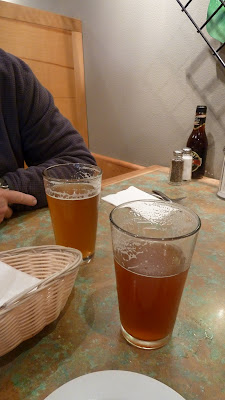 Included are some adult beverages! 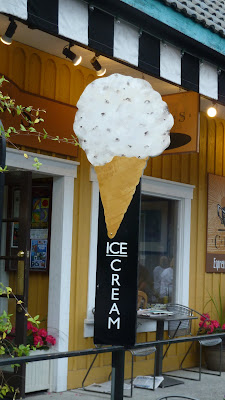 Do I really need desert after the beer-probably not tonight! 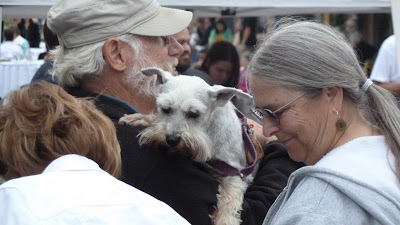 Do you think he enjoyed all the loud music? 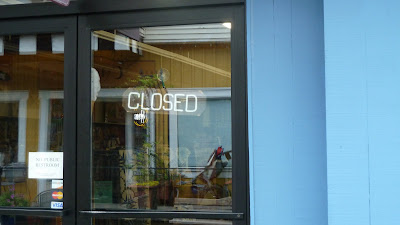